During the first Scanning phase i.e Lexical Analysis Phase of the compiler , symbol table is created by the compiler which contain the list of leximes or tokens.

Now Consider above C Programming statement. In this statement we Syntax Analyzer will create a parse tree from the tokens. 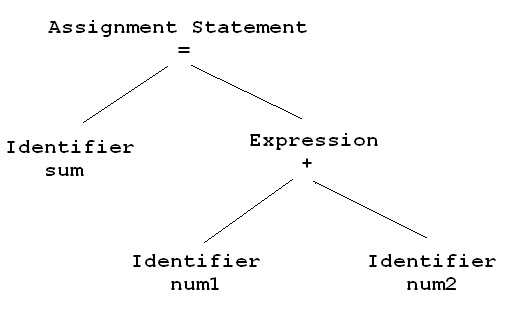