How java is Considered as Platform Independent and Portable ?

In this tutorial we have covered step by step discussion about –

A. Java is considered as Portable because –

As the output of Java Compiler is Non Executable Code we can consider it as Secure (it cannot be used for automated execution of malicious programs). 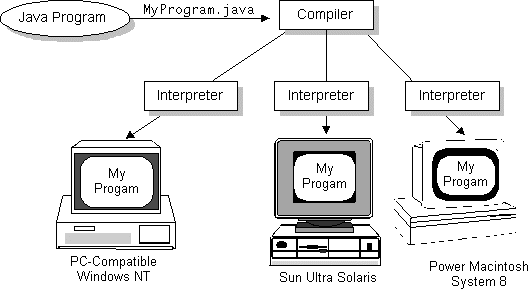 How Java Program is Platform Independent ?

C. Interpreter are slower than Compiler

Java Code is Executed by JVM (interpreter).Other programming language uses compiler which can create executable code much faster then why we are using Interpreter.

Congratulations !! You have completed First Chapter.

Next Chapter is About Setting up Java Environment and IDE. Carry on !!