In the last chapter we have learnt how to set local environment to create android application. In this chapter we will be learning about Architecture of android operating system.

Below is architecture diagram of android operating system – 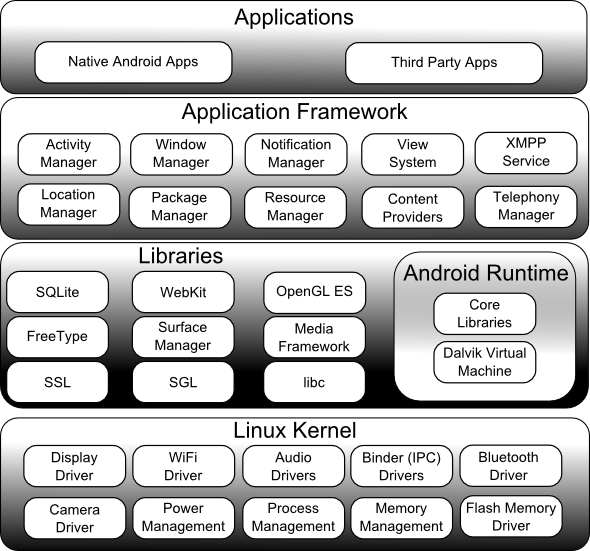 Some of the libraries are listed below –

Important blocks of Application framework are :

Applications created by third party users or developer will be installed on application layer.