Turkey shot down a Russian fighter jet, which was on a bombing mission in Syria and crashed after it came under an artillery attack from the ground. 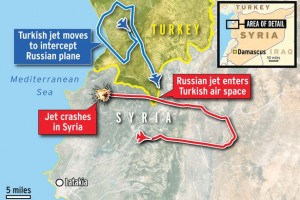 Claims of Turkey and Russia over plane shot down