Karnataka Chief Minister Siddaramaiah announced that the state government of Karnataka plans to celebrate Tipu Sultan’s birthday on 20 November in a ‘befitting manner’.

This revived the old debate on the Tipu’s controversial but compelling legacy.

State BJP leaders are protesting vigorously to oppose any attempt to what they call ‘glorify a traitor’ and a ‘murderer of Hindus’. They accused Siddaramaiah of trying to boost his own dwindling image in the second half of his administration by ‘appeasing’ the Muslims, who form nearly 15% of the state’s population.

“Having shown a poor record in the first 30 months of his government, Siddaramaiah wants to play to his core ‘Ahinda’ (Kannada acronym for minorities, backward classes and scheduled castes) constituency to regain political control,” said a senior BJP leader.

Siddaramaiah, who hails from the same place as of Tipu, knows that Tipu is widely admired by the Muslims and liberal Hindus as well. But he also knows that the state has failed to give him due recognition for over 200 years for the fear of angering those on the far right. 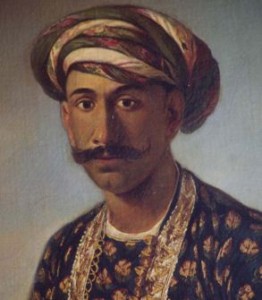 During Tipu’s childhood, his father rose to take power in Mysore, and upon his father’s death in 1782, Tipu succeeded to a large kingdom bordered by the Krishna River in the north, the Eastern Ghats in the east, and the Arabian Sea in the west.

Napoleon, the French commander-in-chief who later became emperor, sought an alliance with Tipu. In alliance with the French in their struggle with the British, and in Mysore’s struggles with other surrounding powers, both Tipu and his father used their French trained army against the Marathas, Sira, and rulers of Malabar, Kodagu, Bednore, Carnatic, and Travancore.

Tipu engaged in expansionist attacks against his neighbours. He remained an implacable enemy of the British East India Company, bringing them into renewed conflict with his attack on British-allied Travancore in 1789.

In the Third Anglo-Mysore War, Tipu was forced into the humiliating Treaty of Seringapatam, losing a number of previously conquered territories, including Malabar and Mangalore.

He sent emissaries to foreign states, including the Ottoman Turkey, Afghanistan, and France, in an attempt to rally opposition to the British.

In the Fourth Anglo-Mysore War, the forces of the British East India Company, supported by the Marathas and the Nizam of Hyderabad, defeated Tipu and he was killed on 4 May 1799 while defending his fort of Srirangapatna.