Nobel laureate Sir Venkatraman Ramakrishnan was named as the President of Britain’s prestigious Royal Society, a communion of the many of the world’s most distinguished scientists. 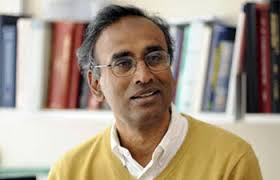 Ramakrishnan, who will take up the post on the 1 December 2015, will succeed geneticist Sir Paul Nurse, also a Nobel Laureate.

Nicknamed as Venky, the scientist is based at the MRC Laboratory of Molecular Biology in Cambridge.