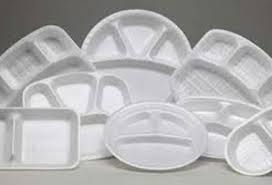 The decision was taken with an aim to promote leaf plates and generate employment for the poor and tribal people of the state, who are engaged in making leaf plates.

The Chief Minister, who is on a two-day visit to West Singhbhum district including naxal-affected Saranda, also announced one lakh rupees to the villages which will become liquor-free.

Besides, the Chief Minister also directed officials to provide electricity in the Saranda area through solar power