India and Russia on 24 December 2015 signed 16 Agreements/Memorandum of Understandings (MoUs) to deepen bilateral cooperation in the fields of energy, security, technology, etc.

The pacts were signed after the conclusion of the 16th India-Russia Annual Summit in Moscow.

After the summit, which was attended by Prime Minister Narendra Modi and Russian President Vladimir Putin, both the leaders issued a joint statement with the theme “Shared Trust, New Horizons”. 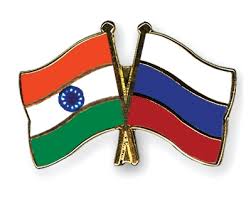