Napoleon Bonaparte likely would have conquered Russia in 1812 if not for a life-saving brain surgery performed on Russian general Mikhail Kutuzov by a French surgeon, scientists have found. 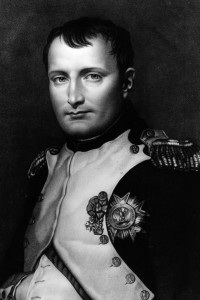 “It’s a story of how medicine changed the course of civilization,” said Mark C Preul, chair of neurosurgery research director at Barrow Neurological Institute, which is part of Dignity Health St Joseph’s Hospital and Medical Center in the US.

He survived being shot in the head in 1774 and 1788 and went on to become one of Russia’s legendary heroes by repelling Napoleon’s invaders. By combining primary sources in Russian and French, the researchers found that French surgeon Jean Massot played a critical role in the drama, employing techniques that foreshadowed modern neurosurgery to help Kutuzov survive what appeared to be mortal wounds.

“Massot’s facts were somewhat buried. He is at the vanguard of surgical technique. He uses incredibly modern techniques that we still use today,” Preul said.

What researchers found was evidence that the first bullet wound, sustained in a battle with the Turks in Crimea in 1774, had destroyed Kutuzov’s frontal lobe.

That explained Kutuzov’s erratic behaviour after the injury and provided clues to the brilliant strategy he used to defeat Napoleon and his seemingly invincible Grande Armee.

Kutuzov’s injury most likely impaired his ability to make decisions. Eye witnesses remark about his altered personality after the first gun shot wound.

So instead of challenging Napoleon’s superior forces in the autumn of 1812, Kutuzov put off a confrontation. He ordered Moscow burned and fled with his army to safety east of Moscow.

Napoleon’s army pursued, invading Moscow, but lacking food and supplies, succumbed to a horribly brutal early Russian winter.Napoleon abandoned the army in December and returned to Paris in defeat.

“The other generals thought Kutuzov was crazy, and maybe he was. The brain surgery saved Kutuzov’s life, but his brain and eye were badly injured,“ said Preul.

“However, ironically , the healing resolution of this situation allowed him to make what turned out to be the best decision. If he had not been injured, he may well have challenged Napoleon and been defeated,” Preul said.

“Although some would say fate allowed the brilliant Russian general, who became the personification of Russian spirit and character, to survive two nearly mortal head wounds, the best neurosurgical technique of the day seems to have been overlooked as a considerable part of Kutuzov’s success,“ the researchers said.