Tsipras had been abandoned by party radicals last month after he caved in to demands for austerity to win a bailout from the euro zone. The vote ensured that he would remain Greece’s dominant political figure.

In a victory speech to cheering crowds in a central Athens square, he promised a new phase of stability in a country. Greece has held five general elections in six years. 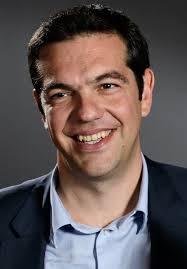