As per the new secular constitution of Nepal, cow is declared as National Animal of the country.

The constitution was unveiled by Nepalese President Ram Baran Yadav at a special ceremony held in Parliament at Kathmandu.

Cow is considered as a sacred animal to Hindus. Nepal being a Hindu majority country, the Nepal’s government made cow the national animal. With this, the animal has constitutional protection and cow slaughter has also been banned.

Nepal on 20 September 2015 adopted its first democratically-framed constitution with the promulgation of the charter by the president Ram Baran Yadav.

The constitution was conceptualized, developed and adopted by a representative Constituent Assembly. 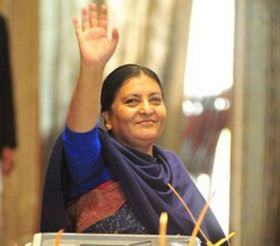