We know that while doing complex coding practices in the Java we sometimes do following time consuming and hectic tasks manually, such as –

If you really want to make your task more simpler by automating all these processes then we need to use the build tools. 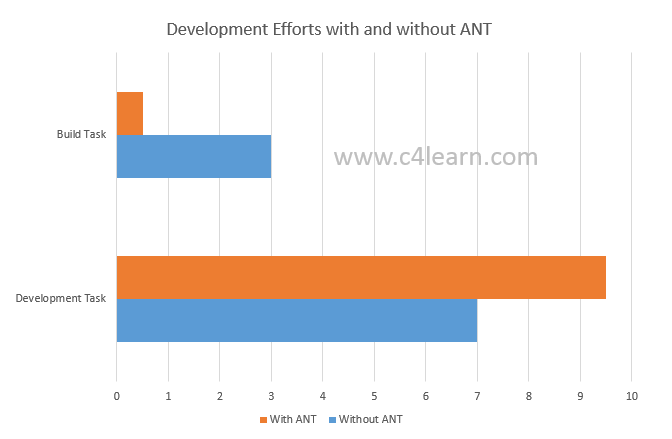 The above chart indicate that –

In the next article we will be learning the necessary steps for setting up Ant environment.