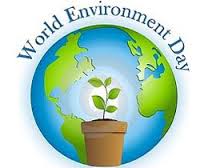 The host country for the WED 2015 is Italy and the celebrations will be organized by Expo Milano 2015 that will run from 1 May to 31 October 2015 and will see the participation of 140 plus countries.

The day is observed to raise global awareness to take positive environmental action to protect nature and the planet Earth. It is run by the United Nations Environment Programme (UNEP).

Theme of the WED

The theme focuses on the need to respect the carrying capacity of the planet and to manage natural resources efficiently to ensure prosperity and wellbeing globally.

As per an estimate, if current consumption and production patterns remain the same then by 2050 to sustain the same we will need three planets, as the population is expected to rise to reach 9.6 billion.

Further, the last part of the theme, Consuming with Care highlights the need to live within planetary boundaries to ensure a healthy future where our dreams can be realized. Human prosperity need not cost the earth.

On this day to create awareness for environment, Prime Minister Narendra Modi will inaugurate a tree plantation campaign across India. Apart from this, several other renowned personalities of the nation will also plant saplings at different places across India.