A team of scientists at CERN on 14 July 2015 announced discovery of the exotic subatomic particles pentaquarks which so far had existed in theory only. 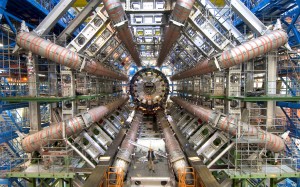 The discovery amounts to a new state of matter. It was made during ‘Large Hadron Collider beauty’ (LHCb) experiment at LHC in CERN, Geneva.

The team of scientists who have discovered the pentaquark has submitted a paper reporting these findings to the journal ‘Physical Review Letters’.

Why the discovery is significant?