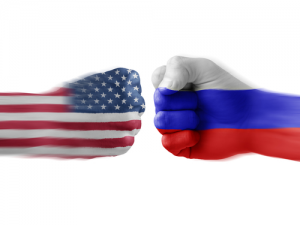 Being the world’s biggest arms importer, India has been the focus of both the giant arms suppliers – USA and Russia. This has been revealed again by series of the events that took place after Narendra Modi took the charge of new government.

Just, before the visit of US President Barack Obama, Russian defence minister Sergie Shoigu will visit to strengthen military co-operation with India.

Russia was once the largest arms supplier. However, in last three years USA has overtaken Russia.