A team of scientists from Goa based ‘National Institute of Oceanography’ (NIO) on 15 July 2015 discovered the remnants of a historically important port on Goa’s Zuari river. It is expected to be amongst the oldest signs of human trade on the central west coast. 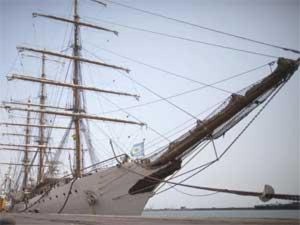 The Port is supposed to be existed between 1000 to 3500 AD which makes it India’s oldest ports. The researchers are also of the opinion that they may discover a dockyard similar in structure to Lothal dockyard in Gujarat which was discovered by Archeological Survey of India (ASI) in 1954.

Findings of the discovery