Canada’s Liberal Party leader Justin Trudeau was on 19 October 2015 elected as the Prime Minister of Canada after his Liberal Party won 189 seats, a majority of Parliament’s 338 seats. The party needed 170 to gain a majority.
The Conservative Party was next with 97 seats, followed by the New Democratic Party at 28 seats and Bloc Quebecois with 9 seats.

With this, nine-year reign of Conservative Party PM Stephen Harper and his party came to a sudden end.

The earlier youngest prime minister was Joe Clark, a Conservative, who took office in 1979 the day before he turned 40.

The victory of Justin Trudeau in the Parliamentary elections 2015 is regarded as a landmark of change as the nine-year reign of Conservative Party PM Stephen Harper and his party has come to an end.

Previous post Apple was ordered to pay $234 million to University of Wisconsin for infringing patent Next post Saina Nehwal lost World No. 1 ranking to Carolina Marin 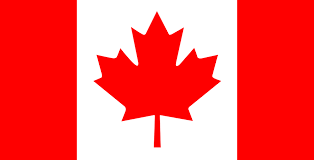