India and Uzbekistan on 6 July 2015 released a Joint Statement (JS) to intensify security cooperation and exchanges. 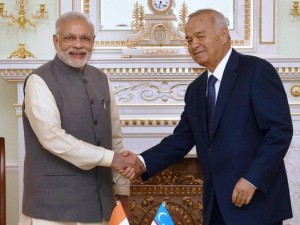 The JS was released during Prime Minister Narendra Modi’s official visit to Uzbekistan from 6 July to 7 July 2015. He visited Uzbekistan on the invitation of the President of Uzbekistan Islam Karimov.

PM Modi is on an eight-day visit to five Central Asian states, Kazakhstan, Kyrgyzstan, Uzbekistan, Tajikistan and Turkmenistan from 6 July to 13 July 2015. During the journey, he will also visit Russia to attend BRICS summit and SCO summit at Ufa on 9 July and 10 July 2015.

Details of the Joint Statement 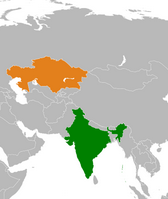 India, Kazakhstan signed five Agreements including a contract for supply of uranium