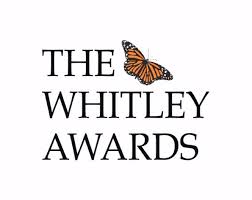 The awards were presented at a ceremony in ‘Royal Geographical Society’, London. The winners of the award received a Whitley prize worth 35000 pound.

They are among the seven conservationists who were awarded the Whitley Awards for their efforts to protect wildlife in developing countries.

Other winners of the 2015 Whitley Award are