Verma went down 143-145 to Turkey’s Demir Elmaagcli in the summit clash.

He also won a gold medal in the compound men’s individual section on 15 August 2015 in the third leg of Archery World Cup held in Wroclaw, Poland. 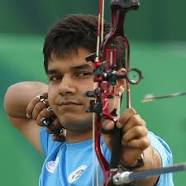