In C Programming we have came across Structures. Unions are similar to structure syntactically.Syntax of both is almost similar. Let us discuss some important points one by one –

If we look at the two examples then we can say that both structure and union are same except Keyword.

Note #2 : Multiple Members are Collected Together Under Same Name

We have collected three variables of different data type under same name together. 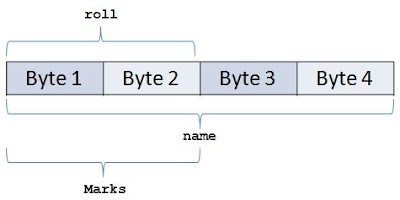 Note #4 : Only one Member will be active at a time.