A. Where the variable is stored :

B. Scope of Variable

Scope of Variable tells compile about the visibility of Variable in the block. Variable may have Block Scope , Local Scope and External Scope. Wiki has defined variable scope as –
[box]In computer programming, a scope is the context within a computer program in which a variable name or other identifier is valid and can be used, or within which a declaration has effect[/box] 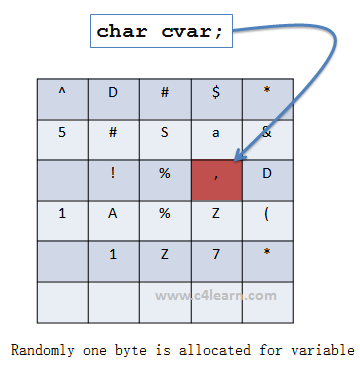 Suppose we have declared variable inside main function then variable will be destroyed only when the control comes out of the main .i.e end of the program.